I was excited to get a chance to play Assassin's Creed: Valhalla. You can read my initial thoughts here. This time around, unlike the previous iterations, I focused on the main story line and focused very less on the side quests, aka World Events. Though I did find myself trip over a few on the course of my journey and I made to follow them through for the former half of the game.

However, quite deep into the game, I wanted to reach the end. The story started dragging out and I got bored with one too many unnecessary arcs. I was slogging through them, until I reached the final part of the game, where things got interesting. I wished that Ubisoft would have chosen to focus on the main storyline instead of padding the game with unnecessary story arcs. I believe we would have ended up with a masterpiece.

As with the Assassin's Creed games, the world is very rich and reflective of the time period and location. Getting a chance to visit Norway and England in the 9th century is quite thrilling. There are so many scenic valleys and plains, that it is quite a joy to ride through.

We get to see the remnants of past civilizations, particularly the Romans in the world and the ruins of their glory hold great stories of the past. Their influence is prominent in Lunden, which feels like a proper Roman hub, in comparison to the rest of the country. There is even a coliseum of sorts in Lunden that marks the Roman influence on the city.

I have already expressed my disdain for the combat of this game when I started playing the game. There was some hope for things to change as I went further in, perhaps a few different weapon combos. But in the end, the combat settled into a grind.

Where at first it was easy to ignore it in the raids that we went on as Vikings, by the later stages of the game, I ignored most optional raids. Even for the ones I did, I just made my way to the treasure hoards so that we could be done with the raids. The strongholds get repetitive in true Ubisoft fashion and unlike Origins and Odyssey, it is not easy to do it all in full stealth. In fact, the main strongholds do not even allow for stealth only letting a direct course of action.

The brutality of the combat and the moves, the return of the predator bow (which I sorely missed in Odyssey) and the hidden blade made for some rare fun and exciting encounters. Till now, for me, Origins holds the best combat award among all the new AC trilogy. I remember having so much fun with poison darts and the berserk skills (enemies attack each other) and having true sandbox experiences, one sorely lacking in this game.

The game opts to tell it's story in the form of Arcs that are tied to each region of England. As we are the invaders from another land, one of our main missions is to make alliances and create a new settlement in the country. So, Eivor makes his journey to each and every region and garners the support of the leader there. This lead to many story arcs tied to each of the regions.

There is a steady stream of characters through the arcs, but there are quite a few recurring characters, who keep coming back. Among them are the famous sons of Ragnar, Ivarr and Ubba. Ivarr Ragnarsson is one of the most interesting characters in the game. He is this brash, crude, Viking, who will always choose to fight first than ask questions. He seems to be this psychotic anti-hero in the lines of Joker.

His character and story is exemplified in the arc with Coelbert, where Coelbert is left to die with the wolves. It is one of the most heartbreaking arcs in the game and marks the peak of the writing. We get to see the dark side of Ivarr. Yet this arc can also show the weakness of the overarching plot as the writers seem not to be sure on how to portray a gray shaded character like Ivarr, choosing to make him a bad guy.

As we progress through the story, it seemed like I was dragging myself through the arc. There are more than 18 story arcs and I found myself heading to a walkthrough to count down the remaining arcs I had to finish. Apart from a couple of decent stories, the arcs were sub-standard and seemed to go with quantity over quality.

As with the new trilogy games, we got the mandatory tree of Order of the Ancients and the quests to kill them. This time I did not even attempt to do them as I was already tired of these quests. We however did get story arcs with the Quest related missions in Lunden, Jorvik, and Wincestre. These also were done so poorly and so similarly that by the third arc, you start doing it mechanically. The best part of these missions are it's short length, the assassination targets and the lack of stronghold.

Where AC: Odyssey had an underlying main story with a lot of padded quests, AC: Valhalla seemed to be much worse as the main mission storyline in spread across the arcs and you are never sure, which storyline is connected to the main mission unless you start it.

Overall, as it stands, the Valhalla main story arc is quite intriguing and connects to the Assassin's and Ancient Ones storyline quite well. Tying in with the Norse Gods and the Asgard arc and bringing Valhalla into play (albeit a simulation), the story raised a few interesting insights.

The conclusion of the trilogy and the start of the new chapter in the series is clear. We learn of the man pulling the strings and how the trilogy storylines are connected. It is really amazing how Ubisoft has mastered the art of weaving mythology into the real world.

There were many standout moments in the game, which made me look foward to exploring the world.

The first were the World Mysteries with the curses. There was always an intersting story waiting to be discovered at each of these locations. It was always so ominous to come across such locations.

Then cultural references: Alice in Wonderland, Tyrion's Sky cell, Hansel and Gretel and so much more...

One of the story arcs involved trick'er treating on Hallow's eve and it was so much fun to play. Seeing the decoration across the town and learning of the horrifying ritual of the alderman sacrificing himself by getting burnt for his town, showed the true origins of the pagan festival.

On rare occasions, we witness recreations of the events of the past and I always loved the holographic representations. Whether it be creative visualization or the animus doing it's thing, it was a treat to watch.

And finally, meeting an old friend, Reda. I missed this guy from AC: Origins. True this time around I wasn't able to interact with him much because I was offline, but I was glad to see him spinning his tales of yesteryear.

The Asgard arc should have been one of the most interesting arcs of the game. It was hyped up to me as well, but it failed to meet my expectations. It seemed that the arc was written by connecting footnotes of the events from Norse mythology, and did not have a seamless storytelling to it. There was an underlying expectation that you already knew about the stories of the Gods.

It was like the whole arc had started from the middle of a story and I couldn't shake the feeling that I was missing something.

As the story progressed and we get to Jotunheim, the feeling of not knowing deepened and I was left confused as to the motivations of Odin. There seemed to be some attempt to make you like Odin and then make a switcheroo to show him as the bad guy. This was not seamlessly done. I thought Odin seemed like an asshole from the start and wondered why Eivor would even entertain him.

The connection with Ancient Ones storyline and the man/God/ancient one behind it all makes it all worth it in the end. I just wish this story would have been told better.

The Vinland Saga sees you land in an unknown land, devoid of all weapons except the hidden blade. It was good to be deprived of all weapons as stealth became one of the main tools in our arsenal.

Vinland saga is the last arc I played in the game and it felt like a breath of fresh air. I was given the mission to take down Gorm and had to do it the traditional way. Find his location with clues spread across the camps. Each clue/camp slowly lead me closer to my target. It nice clean and simple fun. A great way to end the game.

I did succeed to finish all the region related story arcs in the game. It was great to see the map filled with ravens to denote my progress. Yes I had spent more than 60 hours in the game, 60 tedious long hours. The game entertained me at times, irritated me at times, and at times, the game overstayed it's welcome.

But in the end, I always wanted to return back to it and explore the world. That is what made it all worth it. Though it was not enough for me to persist through all the World Events and the Orders questline. I still find myself drawn to the game. It is annoying and yet fun to play. Only a Ubisoft title can evoke such feelings :). 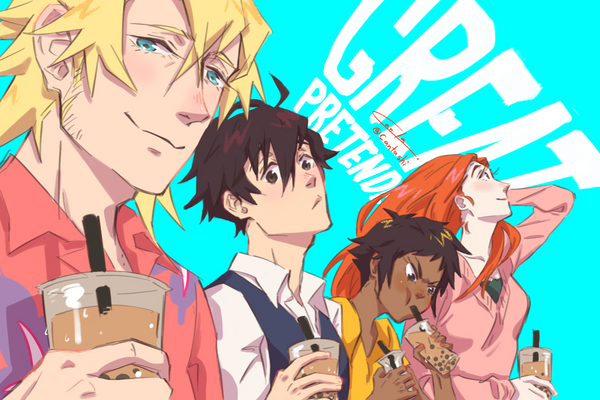 A light-hearted fun to watch anime. 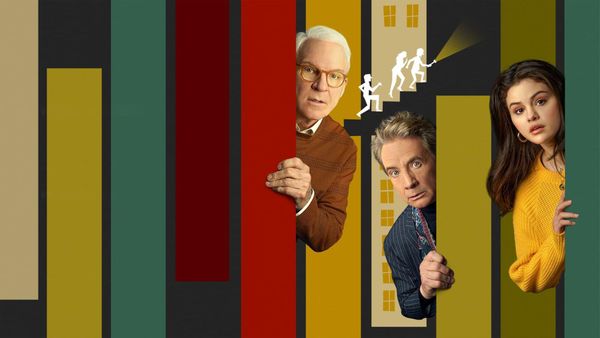 A simple, yet intriguing premise.