The Gametographers community is one of the most active communities on Twitter. With the recent advent of photo modes in many of the games, more and more people are being introduced to this medium. My journey with Game photography began with Horizon Zero Dawn and Assassins Creed Origins back in 2017. Back then, I was new to twitter and was introduced to the community by @GhostFocus. Following Ghost Focus, I was introduced to the Gametography30 challenge. I took part in my first #Gametography30 in June of 2018. Through it, I found a lot of inspiration for improving my shots and made a lot of new friends.

Come 2020, on July 1st, the #Gametography30 challenge was announced again by @BadGamerElite. With a new set of challenges to try my hand at, it was time to get back in and up my game. I was playing Nioh 2 at the time and was enjoying it immensely. So I decided to make use of this game for getting the shots. The one thing I really love about setting a shot based on a theme is it makes you notice details you would generally miss. I don't usually take shots based on themes and this challenge provided me an opportunity to focus my gametography.

Taking shots of Smoke seemed like such a simple challenge. Look for bonfires! Sadly, it seemed that bonfires in Dark Souls did not seem to have smoke (as confirmed by @TidyMice).

However, I did not need to look so far. The level I was at in Nioh 2 at the time, Bird in a Cage, had ample opportunities for it, from smoke stacks to canon fire. A details I would surely have missed if I wasn't looking out for smoke.

Leading lines was an interesting theme for me. Back in 2018, when I was playing Dark Souls, I had taken this shot and also written about it in one of my first posts. It had also been used for Ask the Artist the Gametographer's discord. In that conversation, it was @catsandbolts and @TidyMice, who pointed out the framing and leading lines in the shot. This stuck with me and now I could try and get the same with Nioh 2.

Shots of this theme have lines that lead to the a certain subject in the frame. Ideally, the lines themselves frame the subject and highlight the same. There are a lot of locations in Nioh 2 that was perfect for this theme. Medieval Japanese architecture did make for some perfect locations for the theme.

The 3rd challenge was mistyped as Gitch by @LadySnipshot the first time around. It was a Glitch in the challenge (pun intended). Turns out, Gitch is urban for underwear. It was later corrected to "Glitch" but I couldn't resist playing around with this.

I wondered what to use for Shattered shots. Did Nioh have shattered glass?Having a look at other submissions, I was inspired by @TidyMice. She had made use of a shot from Layers of Fear with a shattered mannequin.

This gave me an idea to make use of Nioh 2's detailed dismemberment effects and get a shot of shattered bodies. I did put up other shots like the shattered lantern and the shattered wall behind the shrine but the shattered body is the one I am really proud of. So much blood!

For this challenge, I did a slight twist on the Vibrant shots. I did have a few in my archive but I wanted to share my love for the Scampuss and Kodama in Nioh 2. Finding them always brought a smile to my face, making the game more vibrant.

The Scampuss is a friendly Yokai that takes the form of a cat. It not only fills your Anima gauge that allows you to use your Yokai abilities, but also helps you fight. They are really friendly, cute creatures (one of the best additions to Nioh 2 by Koei Tecmo).  The green spirit is a Kodama, small tree spirits that you can help guide to shrines, in return you receive blessings. You may have seen them in Princess Mononoke.

Two tone photos, as the theme says, have only two main tones in the shot. While I was thinking of ideas for this theme, I came across a Yokai Realm in Nioh 2. Yokai Realm are dark realms in the game, where enemies are stronger and more hostile. The world takes a dark hue and this seemed perfect for your more vibrant, colorful presence in the realm. You can see how the result turned out.

Light trails was an interesting challenge to work put in Nioh 2. I figured out that I could make use of elemental weapons, esp. fire for getting the light trails. In the process of getting the shots, I noticed a shadow reflection from one of the special moves of sword. I was looking to capture the amrita that I gained and noticed this detail (2nd shot). I was amazed.

Another shot I took was of the loot that fell from an enemy when it was killed. It made for suitable shots for the theme.

Day 8: From the Shadows

This was another challenge that I applied my own twist on. Rather than take a shot from the shadows, which I found quite hard in Nioh, I made use of the Yokai in Dark Realm, who literally are from the shadows.

I looked far and wide for letters in the rooms of buildings where the mission was set but no hanging scrolls caught my eye. That is when I thought of the failed screen that greets me in Dojo missions. Whats more appropriate for this theme than the failed screen?! I was also able to get a shot of a hanging scroll from my hut in Nioh.

Later in the game, I did find a few shots appropriate to this theme.

I thought of using Control for this challenge until I realized drop attacks will work for the theme. I was surprised and quite happy with the results.

Using the singularity shots of the portal used by the main antagonist in Nioh was my idea, until I understood the concept of Singularity, the theme that portrays a sense of singleness. This was because of the submissions by IQRAM (@LUCKYless11).

From my understanding, it signified a certain loneliness. This was well represented by the solo protagonists of RDR 2 and Death Stranding. Their solo journey and the huge responsibilities in a harsh world was what I wanted to represent.

This was a straightforward theme, that I could make use of Nioh 2 itself quite easily. The variety of options in outfits is quite vast in the game and I chose to showcase some of my favorite ones from it.

Square, rectangles, circles, I thought of looking out for all the standard shapes in the game but the one that stood out, a common shape is that of the Torii gate. The Torii gate is one of the most common structures of Japan and is mostly found at the entrance of or within a Shinto shrine.

I have come across many such structures, some small like a gate and some so huge that you can walk upon them. The gates symbolically marks the transition from the mundane to the sacred, and the locations where you find them seem mystical and rich in history.

One of the earlier shots that had me really hyped for Nioh 2 was taken with the silhouette filter. When perfectly aligned, this filter gives a minimal shot with a story in itself.

The first shot shows a stripped down warrior in pain, lamenting at the loss of a companion, the second is of a warrior ready for battle and the third is of one contemplating to take down the huge yokai or not. These are my interpretations of the shots and given the minimalism of it, it is open to further interpretation.

Nioh features quite a few iconic locations each with their own architectural uniqueness. I knew I just had to look around and I would found a few patterns that would suit the theme. Little did I know that I would found some of the most beautiful and intricate artwork. They say the devil is in the details and let me tell you there is so much more than meets the eye.

So much of time in Nioh is caught up with combat and challenging encounters with yokai that there is a tendency to just overlook the level of detail. But when you do look closer, it is all there, adding to the environment, another level of story-telling.

I am loving the Gametography30 challenge. Just like the last time, I am find details I had overlooked before. I love this game and doing the challenges is making me appreciate the game even more. I am so glad Koei Tecmo released the game with a photo mode this time around. I can't wait to try my hand at the other challenges and see what more I discover. 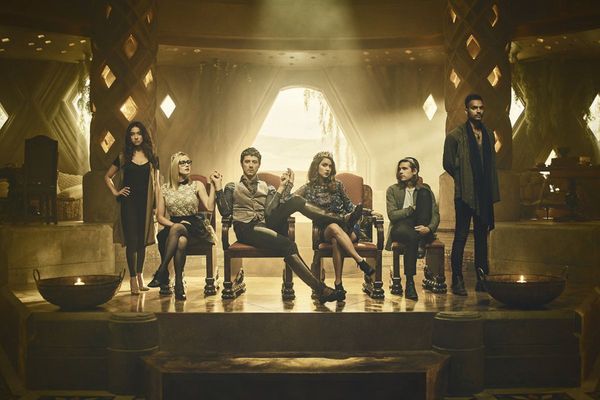 Magic in the real world 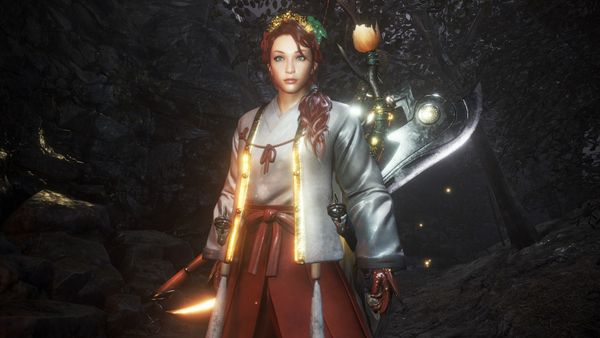