2020 began like every other year: with books, games and work. And yet this year has had the most turmoil and most ups and downs of my life. I don't think I would have expected the year to turn out like this, but I am sure it is going to be a year, about which stories are going to be told for generations to come. It is one for the history books.

I can't believe the year is coming to an end. On one side, it feels like the year started not so long ago, but on the other, it seems like ages.  So much has changed and yet so much remains the same.

The year started with me expanding my gaming journey with the Xbox One and the Xbox Game Pass. This did allow me to visit a wide variety of worlds I wished to try and some that I never would have, esp. indies like Ori and the Blind Forest and Silence the Whispered World 2.

I had got the Xbox One to continue John Marston's journey in Red Dead Redemption, but found myself being drawn away to other worlds like the Shadow of Tomb Raider, Call of Cthulhu and Devil May Cry 5.

One of my new favorite games has been Outer Worlds, which I have been stretching out over the year and enjoying every bit by bit.

The Xbox Journey was just one that added to my existing adventures across the PS4 worlds. From Kingdom Hearts III and Star Wars: Jedi Fallen Order to exclusives like Last of Us Part II and Ghost of Tsushima, I have had so much fun across the year. You will find the chronicles of my journey detailed over the year in the site.

The game I spent most of my time in was Nioh 2. Being the sequel to Nioh, the game has the best combat systems and is one of the best, most intricate RPGs I have ever played.

Recently, I have been spending a lot of my time in 2077 with RaVen. Cyberpunk 2077, though with it's fair share of issues, is an amazing game and has me engaged in it's world.

It was right in the middle of all this that the pandemic struck. Lockdown was brought into effect in the city in late March and we had to adjust to a new normal. Daily routine had changed and I tried to juggle through a few side projects.

The lockdown by this time was not only a national effort, but had been slowly implemented internationally. A new tradition formed out of this, where at Saturday night 9pm, we did a movie watchalong. It started on the last weekend of March with My Neighbour Toutoro, a Studio Ghibli film and slowly became part of the weekly routine. We went down the list of Ghibli movies over weeks.

However, due to some unforeseen circumstances, I was put on a restricted screen usage in early April. I was always curious about audiobooks, but could never get myself to give enough attention and try out some. Around this time, Amazon Audibles was providing free access to certain kids audiobooks, among which was Harry Potter and the Philosopher's Stone, narrated by Stephen Fry. I used this opportunity to try it out. It was an amazing experience. I discovered a new love for this medium and tried out a few other books including the Hitchhiker's Guide to the Galaxy and a few podcasts. I found Lex Fridman's podcast around this time and it was brilliant.

The Times of Snow

Come May, I was determined to bring an idea, that had always been pushed back, to fruition. I started godricsnow.com with my first article on Irithyll of Boreal Valley. One of the reasons I chose this article was because it was in my "to write" list for years. I had even set the wallpaper of my desktop to that image and swore not to change it until I wrote about it. It took 2 years :) but I finally did it.

As for the name, I just whipped up the unoriginal "The Times of Snow" as a placeholder until I can think of a better name, but I think day by day I growing fond of it (Maybe that is because I am too lazy to think of a new name :)).

Over the last few months, I have found myself struggling to maintain a routine for my writing, but I have tried to be as consistent and capture my thoughts as soon as possible. There have been a few that have slipped away, but the majority I hone into the writing. It has been an interesting challenge, one that I find myself feeling very satisfied on finishing.

You can see articles about series I had watched this year like Dirk Gently's Holistic Detective Agency and The Magicians and books I had read like Master and Margarita and 1984, but predominantly, it features a lot of thoughts on games with an occasional stray thought or poem thrown in.

I did want to write something about the last season of Supernatural and Mr. Robot, but the thoughts did not manifest into an article, particularly for Mr. Robot, I did not think much of the story and preferred the direction. I may revisit them in the future.

I find myself reading less and less books year by year. This is one thing I will surely change in the coming year. However, I am glad that I finished not one but two Russian novels: Dr. Zhivago and Master and Margarita. I love the writing and the window into the Russian world. I have added a few other novels to my reading list. Unlike fantasy novels, it took me some time to get into the groove of the novel, but once I get to it, it is just another level. It reminds me of reading Charles Dickens' novels in school, where he transported me to England, these books transported me to Russia.

In the fantasy genre, I read Flame in the Mist and it's sequel, a visit to medieval Japan. I read only one Brandon Sanderson novel, Elantris (which I really loved), unlike last year, where I devoured the entire Mistborn series of 6 books and the Secret History. Finally, I got around to reading An Ember in the Ashes by Sabaa Tahir, an interesting read but I stopped myself getting pulled into a series of novels.

Currently, I am in the middle of To Sleep in a Sea of Stars by Christopher Paolini. It is a Sci-Fi novel so it is taking me sometime to get in the grove of it, but I am finding myself get more curious as I read more about Kira.

I also found out about Ready Player Two, the sequel to Ready Player One, recently. I started reading the book, but I have been finding it pretentious and like a first draft right off the bat. It is a recent development, hence it features here.

One of the earliest urges I had during the lockdown was to cycle. The streets and the roads were empty and it seemed just perfect for commute. However, I did not get the opportunity until later in the year. But once I did, I found this new hobby to be amazing.

I loved exploring the city on two wheels, riding by the beach in the evenings. The roads were not as crowded as the lockdown measures were slowly relaxed, so it gave me the chance to ride around at my leisure. But as the city traffic slowly returned to normal, I took to the streets and found paths away from the main road. It was one way to connect with nature.

One of the best rides I would say is the stretch of road by the beach. It was locked down until earlier this month, but when they opened it up, that has been one of the best stretches of cycling throughout the city. There is no traffic and at this time of the year, the wind blows by bringing the scent of the ocean. It is one of the most exhilarating experience I have ever had.

One year ago, I wished I had a place, where I could write out my thoughts and share my year in review. I wanted to write about the books I had read, share the Brandon Sanderson experience with the world. I am glad that today I have this site, where I can do that. There sure were many ups and downs in 2020, but the creation of this journal is one thing I am really grateful for.

On the eve of 2020, I had left myself this note for posterity:

"Time will always flow forward. That is how it is. The present becomes the past as the future rushes in. All we have in control is this moment. Unless we pause, reflect and appreciate all that we have, we just bidding time until death comes knocking. So, be aware and live each moment without worrying about the next."

At that moment, I was just reflecting on my experience so far, but now when I look at this thought, I feel it resonate across the year. This year that has tested us and pushed our limits, made us better, closer stronger while keeping us apart. I find that at the end of 2020, we have passed a test, an exam, a level and now we are upgraded versions of ourselves.

To paraphrase Douglas Adams, the year may not have gone how I intended it to go, but I think it has ended up how I needed it to be. 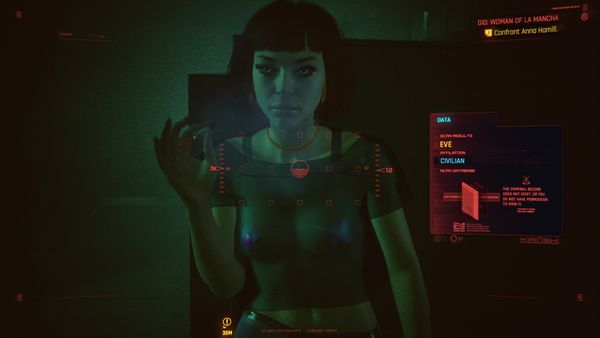 Extending our capability or vulnerability? 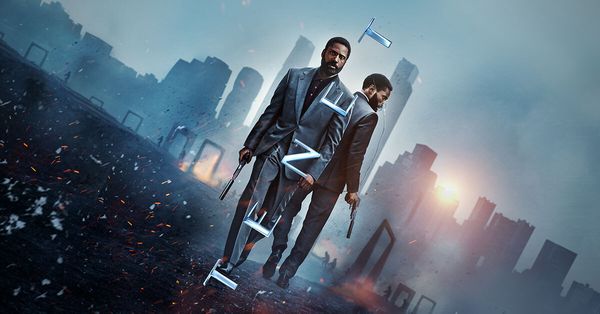