Cyberpunk 2077 is an action Role Playing Game, made by the developers of The Witcher series, CD Projekt Red. You play as V and can choose his or her life paths: Nomad, Street Kid or Corpo, each having it's own perks and consequences. One of the key characteristics of an RPG is the ability to make your own choice. You are given a set of choices and each choice you make has it's own consequences. In media, I would say it's equivalent is the Black Mirror episode, Bandersnatch, on Netflix, where you have to make the choice on how the story plays out.

You may not know, but I am a big fan of The Witcher and was really looking forward to get my hands on this game. Unlike The Witcher, where you play as Geralt of Rivia, this game featured an extensive character creator. I could spin up my version of Godric or Raven Snow! As I watched more and more gameplay trailers, I was getting more and more hyped for what they had in store. I wanted to explore Night City, play with the technology, and explore the secondary stories in the world (the developers being master storytellers, where every story however small mattered).

Then, last year at E3 2019, CD Projekt Red pushed the hype even more. Keanu Reeves came on stage and announced that he would be in the game as Johnny Silverhand. I couldn't believe it. Keanu is an amazing actor. I have been a big fan of his work after the Matrix and much more recently, John Wick. I couldn't wait to play the game.

After numerous delays, the Cyberpunk 2077 launch date was set on December 10th, 2020. I was debating whether to pre-order the game, but finally took the plunge a couple of weeks before launch. The store I ordered from online made sure to have the game delivered on launch day.

Later that night, I got in the game and rolled up RaVen, my version of V. She was this badass street kid sent to the future to bring order to the streets of Night City (I will save Raven's backstory for another day).

I had a lot of fun spinning up the character and tweaking options, of which they had provided many, including the option to toggle on and off private parts and mix and match to get your perfect character.

I chose the Street Kid life path and we start out right in Night City. The futuristic city is loud, messy and over-crowded. You can see the signs of poverty and corporate advertisements all around you.

Gang wars rage in certain areas for control and at times, you may find yourself in a scuffle between NCPD and the local gang. Being an RPG, you get rewarded with experience to level up and a lot of loot for assisting in random world events. The loot comes in the form of better armor, gear and weapons that you can use to upgrade your character. It is a satisfying experience to find your character leveling up and causing more damage with better gear to enemies.

Apart from a world filled with lively NPCs, there a wide host of interactable characters, who have a solid background of their own. Their motivations, at times, are not clear but there is one thing I know for sure: that everyone is out for themselves. So, you have to make the right choice keep your best interests at heart and also to build solid associations.

I did find a partner of sorts in one of the earlier missions, Jackie Welles. I met him while trying to jack (no pun intended) a car, which he was also after. We become good friends after and it has been fun so far in doing missions with him.

So far, may favorite character is Judy. She is hot and tech savvy, a lethal combination. She introduced us to the Braindance concept and helps setup our first BD experience in the game.

Being in 2077, you get to explore technology of a time beyond ours. Everyone is fitted with cybernetic implants that gives them superhuman abilities including you. You can scan the environment, hack cameras and other technology (cyberhacks), have built in mantis blades for fighting,  have better reflexes and more.

This surgery is done by specialized people called ripperdocs, who take care not to fry your brain when installing an implant.

As part of a mission to gather information on a heist, you meet Judy, who explains what is Braindance (BD). A BD allows a person to experience another person's memories. It does not stop there, but extends beyond sight, to environment sounds in the distance and thermal layers as well. All this data is captured by the cybernetic implants and can be perused at will.

Apart from being used to gather information about the environment and scope out for a heist, BDs can be used to  relive experiences and finds a lot of application in the adult entertainment industry in Night City.

Relic: The Road to Immortality

The game introduces the concept of Relic through a talkshow broadcast in the elevator as you make your way back to your apartment for the first time. Relic is a piece of technology invented by the Arasaka corporation, that allows you to transfer your consciousness to a chip, essentially allowing you to live after death.

The technology is debated between a popular tech show host and a reverend of the church, who lays down the implications of having such an unnatural "soulless" extension on life and the cost of it. After all, this would also be available at a high cost, affordable only by the rich.

I was really interested by this piece of technology. If immortality is achieved with technology, it will only be possible by the transfer of consciousness. I know from the gameplay that I watched and the part I played so far that the Relic is going to play a big part in the game and it is how you can see Johnny Silverhand (Keanu Reeves). I am excited to explore the extent to which they deal with the implications and the consequences my choices will lead to.

So, when I was playing yesterday and exploring this bar at Kopeki Plaza, a luxurious hotel, I came across this character talking about the emotion he tries to convey in his productions. It was none other than legendary game director, Hideo Kojima.

Hideo Kojima, if you do not know, is the director of the Metal Gear Solid series and much more recently, Death Stranding, the game about making connections. He is know for his visionary, out of the world ideas and representing them in a unique way.

So far, I am enjoying the world of Night city. The story bit I have played so far has been hard-hitting and heart-breaking. I am pulled in to explore more and find more secrets in the world. I will keep you updated as my adventure continues. No expectations = No disappointment 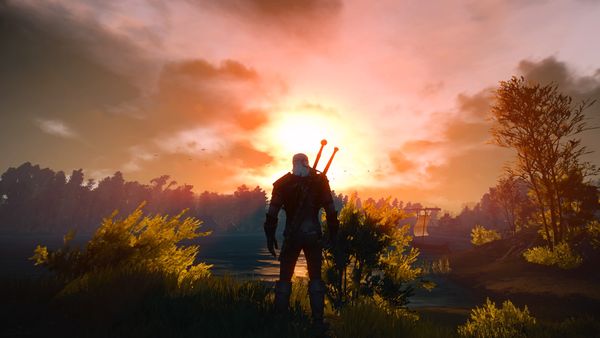