Spoilers for Resident Evil Village follow! Proceed only if you have finished the game.

After Resident Evil 7, my sister and I found ourselves excited at the prospect of playing Resident Evil: Village. Playing Resident Evil in the living room had become our daily night ritual. I was glad that we could explore Ethan's story further. I had seen the trailers and the opening and now I knew Ethan and Mia's story. Why did Chris, another hero, kill Mia and take baby Rose away?

As Ethan makes his way through the Village, we find a lot of it deserted with hints of recent life. Food still seems to have been cooking when something mysterious happened. The Village looked like it was taken from one of those scary medieval fantasies with the werewolves and what seemed like a cult growing around this mysterious Mother Miranda. What was this ominous village tucked somewhere in Europe connected to the Resident Evil storyline? What was going on there? Wasn't this place supposed to be free from the influence of the USA-based virus and the Umbrella Corporation?

But there is one thing I learnt from playing RE:7, it is that nothing makes sense when we start and we just have to go with the flow. Capcom likes to spin a new narrative and then connect it in some form to the existing lore. It seemed that the world that they had built was distinct though it did give strong Resident Evil 4 vibes.

I had not followed much of the coverage of RE: Village and was pleasantly surprised to discover the game had a photo mode. I was excited to make use of this to capture the horror-filled environments of the game. The Baker estate did have it's capturable moments, but being compact as it was, I did not find myself having the need to take many shots. With the Village having a much huger space covering across the areas, I was happy to be given the chance to take a few shots.

The photo mode did have it's limitations in terms of camera movement. I had to make sure to align the shot with my character before entering the game. I guess they locked the camera rotation because of the first person view. However, even with it's limitations, it did make getting shots easier by hiding the equipped weapon and providing a few photo filter options.

Disoriented and making our way through the village, I could empathize with Ethan as we had no idea what was going on. The local religion and belief revolved around this Mother Miranda. We see icons made to her and others in the village church.

Our first encounter with the supernatural comes in the form of a lycan horde who run through the village and we meet this imposing leader of theirs, Ursas (who features in multiple encounters throughout the game). But they are called away before they attack us. We soon learn from another survivor in the village, an old lady, that baby Rose is in the village.

None of this makes sense and when we are taken to meet Mother Miranda and the four lords who serve her; Lady Dimitrescu, Heisenberg, Angie and Moreau, the story seemed to be bordering on the mystical with the supernatural powers of each of the lord.

After escaping a near execution at the hands of Heisenberg, we have to escape the dungeon through a maze of traps and frenzy lycans. Without any weapons to aid us in the journey, survival seems to be the priority. Making our way to the castle is the next step and that is where we meet the infamous Lady Dimitrescu.

The castle features multiple levels including beautifully designed interior sections and drab dungeons in the basements. Navigating through the castle, we are stalked by each of the daughters at various points and Lady Dimitrescu herself. Except for the initial encounter, the four of them never gang up on you and give us a chance to take them out one by one with the climactic encounter with the transformed Lady Dimitrescu. After defeating her, we get a mysterious vial as we escape from the castle.

It seems that the village is a hub that connects to the various other sections of the game. The castle was only the start. The map opens up to reveal the locations of the other lords with more places to explore. Each of the sections are locked behind gates for which we get the keys along the way in the currently open sections. The game balances the open world and linearity quite well with each other.

The vial that we found before was actually a part of Rose and other parts of her are in the possession of the other lords. Now we have to make our way to them and get it back. As we make our way to Angie and her house, we are faced with a disconcerting sight in the form of hanging dolls and visions of Mia leading us on.

What seems like a normal house when we enter soon turns into a shit-show as we are captured and trapped in the house stripped of our weapons.

Unlike the previous sections of the game, which were more action oriented, encounters in the house with the creepy doll vibe was more in lines of survival horror. I was creeped out in the house, where we had to go through trying to restore the lights all while there was a horrendous baby monster at our heels. Only after we defeat Angie, we find out about the hallucinogenic drugs we were exposed to. Angie was not a reanimated doll, but controlled by this widowed woman from the village.

We then made our way to the Reservoir and encounter Moreau. Here we are faced with multiple puzzle oriented sections as we try to power the windmills that would drain the reservoir and expose the monstrous shark-creature that Moreau has transformed into.

We are then invited by Heisenberg to retrieve his flask. Heisenberg's section seems to be split into two as we are first directed to retrieve the vial if we are capable to take down the monsters. This section is heavily action oriented with hordes of lycans attacking us. Unlike our initial encounter wth them, we are now well equipped to take them down. This section felt like a horde mode as lycans kept rushing Ethan in waves as he tried to make his way to the vial.

Finally, we are invited to the Factory in direct encounter with the man himself. Heisenberg proposes for Ethan to join him in taking down Miranda and then using Rose for her powers. An enraged Ethan refuses and is thrown into the depths of the factory. The factory features multiple levels tougher, heavily-modded enemies, whose greatest weakness seems to be mines. I did not find much use for mines and just racked them up in the inventory, but now, it seemed to be helpful in a one shot takedown.

Just as we make our way tot he top, we are thrown back down to the bottom by Heisenberg and that is where we meet with Chris. Previously finding him in the reservoir, we are already made aware of his presence, but it is only now he serves us an explanation about his actions.

An explosive battle with Heisenberg ensues with us making use of a literal tank to fight him. Trust Capcom to make the fights in Resident Evil unique and interesting. Just as we celebrate the victory of defeating him and finally rejoice in the fact of having rose all together, we encounter Miranda, who does not waste any time in killing Ethan.

We then switch over to Chris's perspective, which serves again as a heavily action-oriented section leading us to the end. Where I thought we are going to end with a massive firefight between Chris and Mother Miranda, in a surprise twist, Ethan returns and it is he, who rescues Rose from Miranda.

We encounter the Duke the first time as we make our way to the castle. He replaces the mechanic of finding schematics with the option to purchase them directly if you have enough lei, the games currency. The Duke also serves to provide us some exposition on the story and helps us on our journey through the village.

We find him creeping up all over the map. His presence seems to be a comfort after we get through long grueling sections and we can finally make use of the money we earned to get much required weapon upgrades. Also new to the series (atleast to me) was the option to cook any animals hunted in the game. These dishes serve to provide a permanent buff on certain character attributes.

Every boss drops a crystal, worth a lot of lei, after we defeat them and I found myself storing them all up until a point in the game, where it made no sense hoarding them. Even after selling almost all the crystal items I acquired, I never did find myself with enough lei to unlock all the weapon upgrades of all the weapons.

The game precedes the Umbrella Corporation. It is the experiments on the mold and Cadou parasite conducted here by Miranda and Spencer that laid the foundation for the viruses released by Umbrella. It is an interesting route taken in terms of storytelling by serving as a prequel to the Umbrella. Where we have faced and understood the virus as biologically engineered, and this game serves to modify the origins to be more supernatural.

We learn the truth of why Chris killed Mia. Turns out it wasn't actually Mia, but Miranda impersonating her to get close to Ethan and the baby. But what was more surprising was Ethan's true nature. It seems like the twist was retrofitted into the story, but it makes Ethan's healing ability sensible in some form.

Just when you start wondering at the supernatural nature of the game, the game throws a logical explanation for it's weirdness. Another journey that I shared with my sister and she loved the game. Each encounter with the boss seemed unique and refreshing, with none of them feeling repetitive in any way. By the end, the game seemed totally worth the excitement I had for it.

Capcom does like to spin an over-the top narrative that requires quite a bit of suspension in disbelief and falls through on closer inspection, but they know how to make a thoroughly entertaining story. Even though this sequel seemed to far out from the previous game with it's compact focused narrative, the different sections of the game provide a high entertainment value.

I am excited to continue my journey with Resident Evil 2 and 3 after this. It took some time for me to get into the Resident Evil games, even though I was a fan of the movies (yes the ones with Milla Jovovich), atleast the earlier ones. Overall, I am truly looking forward to Rose's story as my faith in Capcom has grown.  They have made me fall in love with a new franchise, which has become part of our familial tradition. 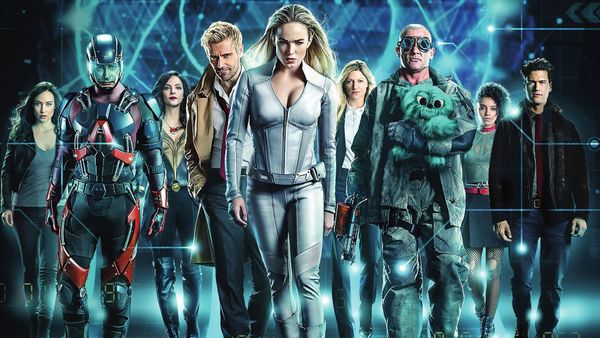 Time travel shenanigans at its best and worst! 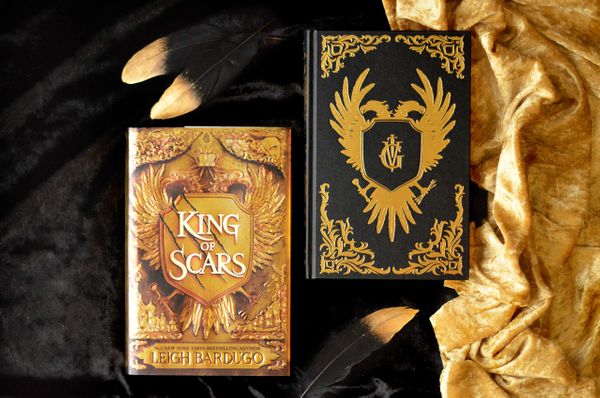 Two broken heroes on the process of healing