"Witcher 3: The Wild Hunt" was one of the first games I played on the PS4 three years ago. It is right up there in the Big 3, the other two being, Horizon Zero Dawn and Nioh. It was the game that shaped my alter ego, providing the image for my profile picture. One of the first games that I played that made me feel like I was reading a book.

I had first seen this game at a friend's place when he was playing on his PC. I fell in love with the world and wanted to try it for myself. I researched about the previous parts of the game and found that the games were of an older generation and that this game makes a point to bring you up to the story. So, without further adieu, I got this game and delved into the world.

The Witcher 3 is a Role Playing Game, which follows the journey of Geralt of Rivia, set in a fictional fantasy world based on Slavonic mythology. Geralt is out to find his missing adopted daughter, Ciri, who is on the run from the Wild Hunt, a mysterious force of riders set on capturing her. The Witcher was the embodiment of fantasy. For being a fan of Game of thrones, this game seemed just right for me. It filled the gap of a proper medieval fantasy, with its own fair share of political intrigue, kingdoms & factions, magic and monsters.

Like I said, it was like playing a book, but much, much better as my choices shaped the story. And choices, let me tell you about choices: the game has many for you to make, which have far-reaching consequences. For example, I spoke to a ghost of a landlord's daughter in a tower, who had been trapped there for ages, and was given the choice to bring her bones to her boyfriend, so that she could rest in peace. I chose to do that and in the end, she devoured her boyfriend. Turns out she was not a ghost after all, but a not so friendly plague maiden, born out of hate and death. I was struck by how a simple, logical, good choice ended up with such disastrous consequences. This was just a secondary quest. There are so many such choices throughout the game that impact the outcome of your story.

I found the game had so much to offer in it's side quests. Every secondary quest felt like reading a short story, some had mysteries to uncover, others ghost busting to do, and a few were downright weird. I loved each and every minute of it. I intentionally stretched out the game over years so I could immerse myself into the world (There was a bit of diversion here and there but I was always happy to come back).

Soon after I started playing and delving into the lore of the Witcher World, I discovered that the game is based on a series of books, written in Polish by Andrzej Sapkowski, published as early as 1992. The books were a prequel of sorts to the game. I was able to get my hands on the collection and started reading the Last Wish and I just got pulled in further.

I alternated between the books and the game but soon, I stopped playing because I was much more curious as to what happened in the books and wanted to play the story in order. The novels were based on the fairy tales we grew up with: Snow White and the Seven Dwarves, Cinderalla, Beauty and the Beast, Goldilocks and more. I was impressed by the twist given by Sapkowski in the books. I couldn't stop talking about it at the time.

I read the book in small measures. They were short stories, which I consumed slowly to allow the world to sink in. I understood Geralt and Dandelion's connection, read of his first encounter with Yennefer, of their Destiny and this was all after reading the Last Wish and Sword of Destiny.

For some reason, I stopped reading the books and am yet to return back to them. I did complete the main story in the game last year very close to when the series was announced.

When Netflix announced a series based on the novels of the Witcher, I was excited but when I founf out that Henry Cavill was to play the Witcher in the series, I was not too happy. Netflix does good work but was Henry Cavill really suitable for the Witcher's role? He just seemed like a pretty face, too pretty to play the gritty Geralt. But I was willing to give the series a chance coz I have learnt to never judge a book by it's cover.

When the series came out, right at the first episode, I understood that they had done justice to the books. Cavill made an amazing Witcher. Further, the way the story was taken, the casting, was amazing. i was having flashbacks from the books as I watched the series.

The Renfri story, which I remembered from the books, did not end well and earned the Witcher the name: "Butcher of Blaviken". It was Sapkowski's reimagining of the Snow White fairy tale, complete with the seven dwarves as Renfri's seven companions. The series did not pay a similar tribute, choosing to stay away from making any direct references to the fairy tales. I guess it was a story-telling choice made by the writers.

It took me quite sometime to connect with Jaskier because I had known him as Dandelion from the books and games and had envisioned a different character. But Joey Batey breathed another life into the character. I fell in love with this interpretation of the over-the-top, charming bard.

The timeline of the series takes some getting used, but it seems to be getting there. The characters and the casting are perfect and I can see the upcoming seasons are only going to get better. I can't wait to see what's in store next but truly, hats off to Henry Cavill. I know what his response is going to be... 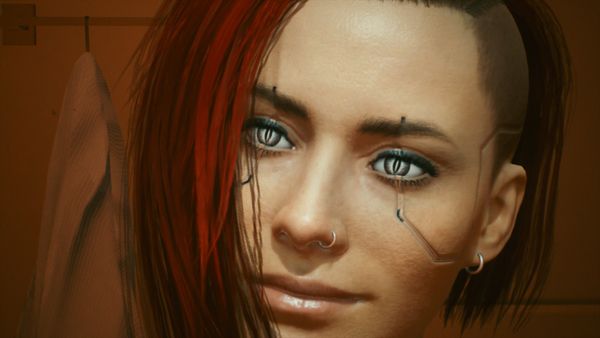 The future is rad!