The next generation is here and it looks awesome. The Sony State of Play was on Thursday, 11th June 2020 at 1:30am here and I was on the fence for whether or not I should be awake for it. There was certain thrill to watching it live.I still remember being up at 4am and seeing Keanu Reeves on stage for Cyberpunk 2077. The hype was next level. But I was unsure about staying up this time until I found out there was going to be a group voice chat in the Gametographer's community. That tipped the balance in favor of staying up.

Leading up to the time of the event, I was playing Nioh 2 and discussing with dotpone about it. I made the mistake of not having the stream setup and in the last minute fumble, almost missed the opening while trying to find the right channel on YouTube. Being a few seconds behind, Lem's reaction to the Spiderman: Miles Morales was priceless on the voice chat. It was then that we all switched to Twitch as well and aligned our streams.

Coming to the event itself, it was amazing. Sony made sure to showcase a wide range of games with some solid gameplay (showing Microsoft how it should be done). But the cream of the crop, the strawberry on the cake, for me, was Horizon II Forbidden West.

But I am getting ahead of myself. Back to the start, Sony sure was pulling our leg by opening with GTA V Online. It was like they were saying we have some solid stuff up our sleeve, so here we are starting from the bottom (atleast for me. Come on! How many generations will Rockstar milk GTA V?!).

Then, there was the first reveal. Spider-man: Miles Morales. Having to play as Miles was going to be a different experience. I wasn't as hyped for it before but maybe this was a reason I could get back into Spiderman.

It seemed Miles had his own set of gadgets and powers. It would be interesting to see how unique the gameplay was going to be.

After that there was a series of games revealed that I was not so hyped for peppered with the ones I was so looking forward to. I have highlighted the ones I am hyped for below in order of their reveals with my brief thoughts about the others interleaved in as well.

The New Gran Turismo. I was never into racing games. Drive club still lies in my shelf gathering dust.

Ratchet & Clank: Rift Apart. The game seemed to have some interesting trans dimensional gameplay and puzzle solving, but I still had to finish the first part.

The new IP from Square Enix, a PS5 exclusive, looks exciting. It seems to be a fantasy game with monsters and dragons and the protagonist having magical powers. From the one they showed, the ability to pull in roots (or that's what I think it was) from the ground and cover up the monster. It does look like it has some huge monsters, maybe some epic boss fights.

It does have a Final fantasy feel to it and also a Hellblade and Dark Souls vibe in terms of the world and monsters. And it has dragons. Dragons! Or atleast the one dragon that they showed in the trailer. I am looking forward to see more about this game and will be keeping a close eye on it.

Stray looks like it has potential. You get to play as a cat in a cyberpunk futuristic world. Interesting to find out what a cat's eye view will be. I may make up my mind on this game after learning more about the gameplay and objectives of the game.

Sackboy: A Big Adventure. No comments on this. Though Lem did seem excited because he was a big fan of Little Big Planet. I never knew about the game and now it just seems too late to get into the series. Also not so much into the 3D platformer. Still have to finish Ori and the Blind Forest.

From a small studio, Ember Lab, comes this cute little game, where you get to fight evil that has plagued the land and transformed small cuddly forest spirits into demonic monsters that corrupt the forest. You, Kena, have the power to drive them away and restore balance to the forest.

A staff and bow seem to be the main weapons of the game with what seems to be puzzles to be solved, presumably to progress through the areas of the game.

The graphics look great and it seems the kind of fantasy that will take you back to your childhood, to the worlds of Enid Blyton and Studio Ghibli.

Ghostwire: Tokyo had the horror vibes and combined with the futuristic setting, it seemed to have potential. Plus it was from the mind behind Evil Within, Shinji Makami! But now seeing the first person gameplay, it seems to be more action oriented. The elements of horror still seem as disturbing but that gameplay though.

It was the bell tolling at the start of the reveal that gave me the feel that I was watching a Dark Souls game. Turned out it was Demon Souls, the father of the entire series. It was getting remastered and it looked beautiful.

The bosses looked more enormous and dangerous in this game, all in the glorious next gen graphics. In the end, all I was wishing for was that I would have the patience to play this game. It did seem to have a story as intriguing as the other Souls games.

From what I heard about this game, it was tough as hell with the world and enemies becoming tougher as you die more in the game. I do wish they did away with this mechanic because I would sure never have the patience to git gud and not die a lot.

Sony saved the best for last. Aloy is coming to the Next Generation. This game loosk as epic as Horizon Zero Dawn did when it was revealed for the PS4. The world looks so beautiful and alive.

A new threat, which is looking to destroy the world

We can swim underwater this time around, which adds a whole other layer to exploration. There seem to be even more secrets to unlock.

The West looks amazing this time around with iconic landmarks from San Francisco overrun by nature.

Sylens does seem to be back and up to no good this time as well. I still need to finish Frozen Wilds and learn more about his past. He seems to have found a new way to corrupt the monster with the help of Hades I presume. This time they seem to be more subversive.

More variations of the robotic monsters this time around. Elephants! There are elephants in the game or are they Mammoths?!

As you can see this is the game I am super hyped for. Aloy in the West! I can't wait. She is the reason I got the PS4 and again, it seems she will be the reason for justifying the new console purchase. 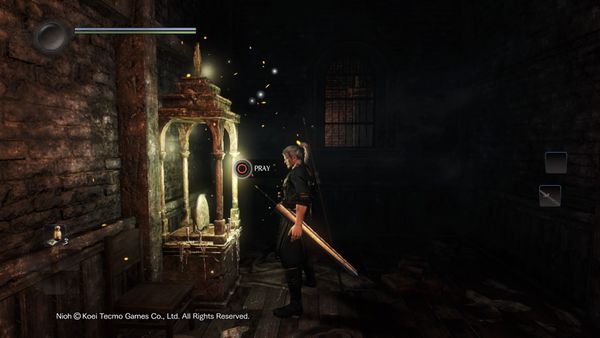 aka 7 reasons to play Nioh 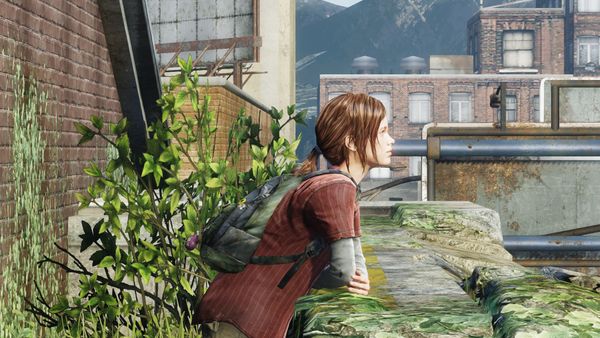 Survival brings out the worst in us.