Spoilers for Assassin's Creed Odyssey follow (Duh!). Proceed with caution. You have been warned.

It all started some time last September when I revisited AC: Odyssey. As you know (or maybe not), the game has 3 endings for the three main storylines. I had completed the family storyline earlier that year and was exhausted of the game. AC Odyssey tends to wear on you over a while. I had taken a break and was yet to complete the Cultists and the Legendary creatures storyline.

Returning back to the game, I turned it to easy mode and continued my Odyssey, hunting down the cultists one by one. As for the Legendary creatures, I had already taken down two, the Sphinx and the Minotaur and there were two remaining. I decided to hunt down the Cyclops as I had not yet found the location of Medusa. When I defeated the Cyclops and received the trophy "Eye for the Prize", I went into the trophy page and started going through the trophies I had unlocked. It was then that I realized that the remaining trophies looked attainable. I can do this. It would take time but I can do this, I can go for the Platinum.

I was ok with the main storyline and a few side quest related  ones (until I found a pesky one, read below), but yes, I would have to upgrade the ship to legendary for which I would need a shitload of resources, search for an Obsidian eye up some random goat's ass and complete all underwater locations. I was up for the task.

Busy with my day-to-day work, an extending backlog of games curtsy of my new Xbox, I had all but forgotten this commitment as the months passed. Then in the start of May 2020, Assassin's Creed Valhalla was announced. This made me crave for some AC goodness and I returned back into the game.

And thus, I returned to my Platinum Odyssey...

Lord of the Seas: The one that started it all

Upgrading the Adrestia to legendary status was the first challenge I had. Damn! This trophy required me to collect a lot of resources and was going to be the most time consuming and grindy one. First, it was ancient tablets, which I found could be looted in certain forts and then, it was olive wood; wood, thousands and thousands of pieces of wood would be required for each upgrade of the ship.

I found out that you can buy wood from blacksmiths, so now more than any weapon, I spent my drachmae getting all the wood I could. Who would imagine that wood is more valuable than weapons or drachmae?!

Stink Eye: Not so stinky after all

The name of the trophy may seem laughable but this trophy is no joke. This trophy is related to one of the NPCs you encounter early in the game, Cyclops, on the island of Kephallonia. This guy is not to be confused with the legendary monster. He is just the local crime lord you have the pleasure of killing. He gets his name due to the absence of his left eye, replaced by an obsidian fragment.

The obsidian eye fragment is the one you have the honor of finding, a task which I tell is not pleasurable. This because the eye is present in one of the goats on the island. A few hours and a goat killing spree later, I got this fragment and was one step closer.

The things we do for trophies

Getting Stink Eye made me a bit more sure about getting the platinum as the other trophies were more exploration and quest related until I encountered the worst of them all, Xenia's questline.

A Pirate's Life for Me: The worst of them all

Xenia is basically a bitch. She gives you the most annoying fetch quests in the game and does not even appreciate your efforts enough. You meet Xenia early in the game as part of the main storyline. She asks us to arrange 13,000 drachmae for some information with an optional quest that involves rescuing her brother. Even after doing that, she doesn't give you a discount or downright waive off her fee. I would say she is one of the poorly written characters in the game and kind of reflects the weaker parts of AC Odyssey in it's one dimensional characters.

If it weren't for this trophy I wouldn't even have attempted to complete her questline. Her trophy makes you travel all over the Greek world for these supposed mystical items like Pan's flute, Apollo's Lyre, Poseidon's couch shell, etc. They could have made this so interesting but instead stuck to treasure map style fetch quests that wasn't even satisfying to solve. Solving the ainigmata ostraka was more interesting.

Cleaning up the loose ends

Finishing off the Cultists storyline was a tad bit annoying but I had come in and out of the game over the past few months and was able to handle this bit by bit. Fast travel helped a lot. It was very satisfying to see all the cultists covered in red.

Though going through this made it very evident that this whole cultist storyline was like filler and not as impactful as Origins, where the equivalent Order of Ancients had some unforgettable characters. None of the cultists were memorable, including the Ghost of Kosmos. It was a big reveal, but it so many hours since I encountered this character that I had forgotten her and this did not have the same impact.

Then, there was uncovering the whole map, which was a piece of cake (Kind of. I had to find the last part of the map as a small island that could be easily overlooked), becoming the top mercenary, Hippokrates questline (another walk in the park) and doing all the underwater locations, 42 in total (which would have been easier, if I had found Poseidon's Trident earlier).

The Finale: Saving the best for last

At the point that I knew I was going to get the trophy, I saved the best trophy for the end, a proper finale, you might say, a fight with Medusa. Bryce, a local of the island of Lesbos, is the one who leads you to Medusa, giving you instructions on how to open the gate through a series of quests. In return, she asks you to help her save her lover, who had been taken by Medusa.

"Someone, I tell you, in another time will remember us."

Turns out, her lover had been turned into Medusa after touching the artifact, a continuous cycle to protect it. Bryce rushes into the arena and is turned into stone. Then the real fight begins.  Medusa is the toughest of the four legendary monsters and it was an extended fight, even in Easy, it took quite some time and patience to take her down.  But this felt like the perfect conclusion to my journey.

And there in the end was a single rose...

Getting the platinum in this game was an amazing journey, a journey that had it's ups and downs, moments of awe and frustration, but in the end I had a lot of fun and I was able to take a lot of shots. One of the shots even made it to the PlayStation Share of the Week. My first ever!

So all in all, it was satisfying journey and I hope to experience more with the next Assassin's Creed. 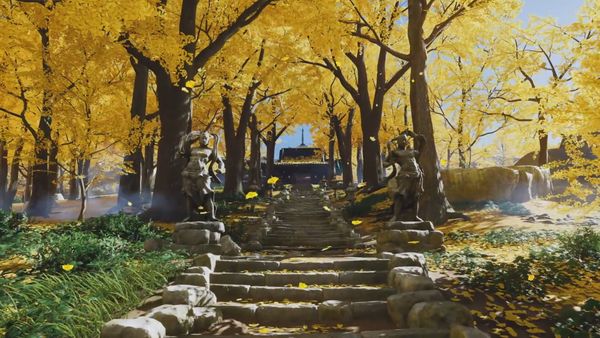 Anticipating the release of the PS4 exclusive 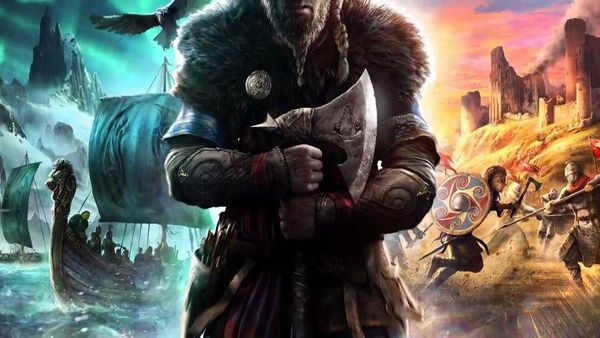 Time to get our dual axes out!