Every time I saw the King of Scars in bookshelves, I was intrigued by the cover. Little did I know, it was part of the Shadow and Bone series, one that I have recently grown very fond of. It is only a few months for me in the Grishaverse, but in that time. I have visited many of it's quaint towns and cities, and made many new friends along the way. Two of my most favorite characters, Sturmhond, aka, Nikolai Lantsov, the King of Scars (spoiler alert) and Nina, the Grisha Death Wielder feature in this novel. It took me sometime to realize that the King of Scars had Nikolai's story set in the aftermath of the Ravkan civil war.

King of Scars deals with a lot of scars that need healing. Not only do we have the young Ravkan king dealing with his literal scars, we see a country scarred by the war and chaos wreaked by the Darkling. Behind enemy lines, we follow Nina dealing with her own scars left behind by the loss of her love in Fjerda. The book has these two storylines intermingled, with the havoc left behind by the Darkling in Ravka on one end and the experimentation  jurda parem in Fjerda on the other, and the path to setting things right.

The King of Scars' Demons

It is strange to read the aftermath of the havoc left behind by a villain, who has been defeated. Even though the Shadow and Bone series ends on a positive note, we get a glimpse of the broken Ravka in Crows duology. In this book, we see firsthand, the ground reality of the impact of the destruction created by the Darkling.

Nikolai seems to be having a new problem, where the dark magic, the merzvost, used on him by the Darkling awakens again and causes him to transform into a demon erratically. He tries his best to keep this a secret with the help of the Triumvirate, the Grisha inner circle, and continue ruling the kingdom. At the same time, across Ravka, we see a number of miracles showing up across the country. While Nikolai visits a site trying to make sense of the miracle and find a more permanent solution to his problem, the monster comes out again and is quelled by Zoya. In another instance back in the capital, we witness the monster speak in the voice of the Darkling to Zoya.

Lined throughout these mysterious happenings is the threat of the return of the Darkling. Then, there was the new sect that worshipped the Darkling that further indicated in similar lines. Nikolai decides to journey across Ravka following the miracles to their converging point in the Unsea with Zoya and the zealot, Yuri, a follower of the Darkling. It slowly becomes clear a higher power is in play and turns out to be three of the Saints, Sankt Juris, Sankt Elisaveta and Sankt Grigori. Trapped in the Shadow Fold, coz of the Darkling's actions, they used the miracles to guide them to the Unsea and seeked to free themselves by performing a ritual. This would make them mortal and lose their powers, but would return them to our dimension.

With Alina herself, we were shown of how a person can transform into a legend, the making of a Saint. This is also evident with Saint Morozova and his creations in the Shadow and Bone series. So, it tracks well that the Saints were not a myth, but actually powerful Grisha, and immortality seems to be a step away for them.

Not all of it is above board though, as even though one of the saints, Sankt Juris, trains Zoya to unlock higher power of the Grisha, another one, Sankta Elisaveta, not ready to give up her powers, just uses the opportunity to try and resurrect the Darkling. It was quite interesting to see a new level of powers at play here. It seemed that the secret workings of the world provided even greater power, including transformation into an animal (Saint Juris could transform into a freaking dragon!).

While our heroes discover the plan and somehow thwart Elizaveta, it is not before she finishes the ritual with the monk and brings back the Darkling into him. It somehow reminded me of return of Voldemort and how things played out with the younger generation in Harry Potter and the Cursed Child. The key is in the execution because the return of the villain is a really old trope, whether we saw it played out with Emperor Palpatine in the Star Wars Episode IX (not so smoothly done), Thanos in Avengers: Endgame (through time travel gimmicks) and Sauron in the Lord of the Rings (though he wasn't technically fully dead). It is tougher to create a new antagonist in a series, where you have already set a high bar with an original one. Also, the Darkling did get served a short hand last time around. So, it will be interesting to see how it turns out this time around.

Leigh Bardugo knows quite well on how to spin a yarn and write characters that we get attached to. While we have the veterans in Zoya, Nikolai, Genya, David, whom we see adjusting to their new roles, the character of Isaak, who plays a stand in for King Nikolai, when he goes missing (basically trapped in the Shadow Fold), plays as an interesting POV as an outsider. Through him, we are introduced to the politics of the court, the responsibilities of the king and his duty to find a wife and the next queen. It is heartbreaking to see a love story play out when Isaak falls in love with the Shu Han princess. We now it will never work out when Nikolai returns, but what is more worse is the way the whole scenario plays out with the princess, actually being an assassin, who kills Isaak. Just as we start liking this character and root for him, the rug gets pulled out from underneath us.

A deeper glimpse of Fjerda and their persecution of the Grisha is portrayed through Nina's eyes. Even though our heroes sought to safeguard the knowledge of jurda parem from the hands of the enemy in the Crows duology, it seems the Fjerdans had found a way to experiment with it.

“Sometimes scientific discoveries are like that,” said Wylan. “Once people know something is possible, the pace of new findings increases. After that, it’s like trying to get a swarm of hornets back into their nest”
- Six of Crows

The entire story has a dark tone to it. Nina's power have transformed by the use of jurda parem, from a Heartrender to Death Wielder. Listening to the dead, she is led to this small town in Fjerda, where she discovers a gravesite with so many buried women. She follows their trail to the nearby factory and discovers the horrible truth of the experimentation of jurda parem on pregnant Grisha, to get them addicted and give birth to babies, who are addicted from birth, giving Fjerdans absolute control over them.

While we see Nina dealing with her loss of Mathias, we see her find a new love in the form of Hanne, a girl from the local monastary, who is also a Grisha Heartrender. Through her, we see Nina have hope of transformation in the minds of Fjerda to grow more accepting of the Grisha. While she makes sure to hide her true identity from Hanne, Nina takes her help to break all the girls out of the factory.

What comes as a surprise twist is Jarl Brum, who previously featured in the Six of Crows heist, shamed by Nina herself during their escape. He turns out to be Hanne's father and still holds a misogynistic attitude against women. He does not recognize Nina as she has been tailored by Genya to look different. Again, we can see that the tailoring powers have been upgraded, as I previously had noted in the Crows duology.

While Jarl Brum tries to throw a spanner in the works during the breakout from the factory, Nina and her team succeed in creating a miracle and rallying the local village to help in their escape. She however chooses to stay back with Hanne and further infiltrate from within.

One of the things I noticed about the book was how it had an overall dark tone to it. On both ends, we see a world that needs fixing. There are literal and figurative demons to be handled across both the storylines and in the journey to take them down, our heroes make peace with their darkness.

As we near the end of the book, the pieces are brought into position with the eventual setup for the next book. I found myself drawn into the two stories, glad to have some quality time with two of my favorite characters in the series. As I wrote this article, I realize that two parallel stories were being played out and yet as it featured familiar characters, they blend in well with each other serving as tense breakers between POVs. I am looking forward to the resolution of the stories in Rule of Wolves and to see how the Darkling's story plays out. 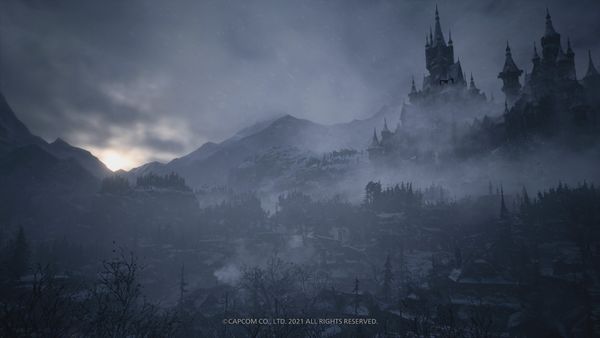 A father's journey to save his daughter 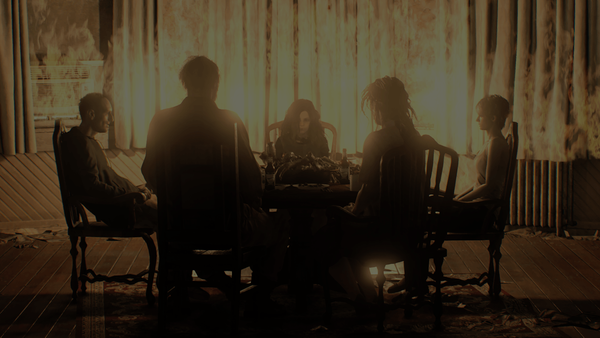 Keep the lights on!