Bloodborne was my first game in the Soulsborne genre, not counting Nioh, which I first played back in the end of 2017. Being a game from "From Software", the Japanese game developer, it did not have the straightforward storytelling I was so used to. You had to explore the environment for notes and messages with the description of items giving you insight into the world.

The story of Bloodborne starts in Central Yharnam, from where you visit the Hunter's Dream, when you reach the first lantern or are killed for the first time. You find a note telling you to halt the source of spreading scourge of beasts. Here you also receive your first weapons and you can traverse between areas of the world. You set out on your journey back through Central Yharnam and make your way through the world with a little help here and there. You learn of blood ministration and the use if blood to heal. One helpful resident points your way to the Cathedral Ward for possible answers.

The first challenge (not counting making me way across the town without dying) came when I tried to cross a bridge to make my way to the Cathedral Ward but my progress was thwarted by the Cleric Beast. Of course, being the first boss and still trying to get a grip of the mechanics, I was defeated.

However, I was rewarded for this first encounter with Insight. With Insight, you gain knowledge, you starting seeing the unseen.

Knowledge changes the way we see the world

The first and most important manifestation of Insight is the doll that comes to life in the Hunter's Dream. This doll helps in the journey by channeling blood echoes and upgrading the character's level. You cannot interact with the doll unless you have at least 1 Insight. At that time, I did not understand the significance of Insight beyond this.

I persisted through and defeated the Cleric Beast and was rewarded with more Insight. However, around this time in 2018, I took a major sabbatical from the game because I got into Dark Souls 3. I returned briefly in 2019, to explore the world again and had a face off with Father Gascoigne. Making use of his weakness, I was able to take him out as well and open the path to the Cathedral Ward. I was again rewarded with Insight. It seemed taking down bosses gave me more Insight, both literally and figuratively.

I learned and understood more about the world, of how the Cleric Beast was sent to guard the way to the Cathedral Ward, which was locked down after the scourge of beasts, of how Father Gascoigne, being a hunter of beasts himself, gave into the madness. Oh yes, it was getting really intriguing. I made my way forward slowly and steadily.

I returned back in early 2020. It always takes a bit of time to get a grip of the mechanics when you are away from a game for a time. But I was ready to take the challenge head on. I made my way through the Cathedral Ward and was met with many new enemies. One of the prominent ones are the Church Doctors, who roam the area, with a staff on one hand and a lantern on the other. Seemed like a standard Bloodborne enemy, which cause massive damage with their staff if you slip up.

I got to fight with the Blood Starved Beast, a challenging but optional boss and then in the main Cathedral with Vicar Amelia. Again, I was rewarded with more Insight.

By this time, I had racked up quite a bit. I researched on what is the use of Insight and learned that it can be used as currency with bath messengers, the in-game merchants, to get outfits as well as to summon help from NPCs and other players. But I also found it served a more deeper purpose than that. With more Insight, you gain more knowledge and awareness in the game. You start seeing the unseen and this was beyond the doll that comes to life.

I found that the Church Doctors were not just carrying an ordinary lantern, but one covered with eyeballs.

And then lurking on the Cathedral, in which you fight Vicar Amelia, is Amygdala. You need to have really high Insight to see Amygdala. I couldn't believe such a huge creature was lurking unseen all this time because I did not have enough Insight.

This further intrigued me. It is not only the unseen but enemies have new movesets with higher insight. They seem tougher. Or is it just because now you can see their moves because you know about it?

"From Software" had managed to quantify knowledge into a number and further implemented a system, where the more you know, the more dangerous it will be. Ignorance keeps you safe. I started making connections to the real world. With ignorance, we are not aware of the dangers of the world. Children do not know the dangers of high temperature and how our body reacts to it, until they encounter a really hot item. Just because they are not aware of the danger, does not mean it does not exist. But it does seem so.

It is strange but if you try to recollect your ignorance, you will find it hard to exactly pinpoint a time you did not know. It seems that once we learn about something, it fills the gaps of ignorance in the past as well or at times, it seems like it did not exist until we learned about it. When you look through the memory, it seems to be always there, even though you did not see it or was never there in the first place.

I remember learning about death and the finality of it when I was 9 years old through a death in my family. Until then, I was not aware of it and it all seemed eternal. After that, I found myself burdened with the knowledge. This life was finite!

Looking back, I find that the more we learnt, the more our world view expanded, the more we could see around us. I tended to ignore that which I couldn't understand and slowly my vision blocked it out. This transformation of a real world effect and human nature into the game was radical. When I realized this, I looked at how I perceived the world.

When I saw the Cathedral for the first time, I did not have enough Insight for seeing the Amygdala. Yet it was always there, lurking unseen.

Does it exist before if we do not have knowledge about it?

I still have to make my way through the world of Bloodborne but at times, I am afraid of what more challenges lay ahead, and what more knowledge will bring. I do hear that more Insight will make the game more challenging and equally more rewarding. Isn't that how life is?

A special thanks to Tidy Mice for allowing me to use her images. You can follow her on twitter: @TidyMice and if you want to check out some more of her Bloodborne shots, you can check her out on Flickr 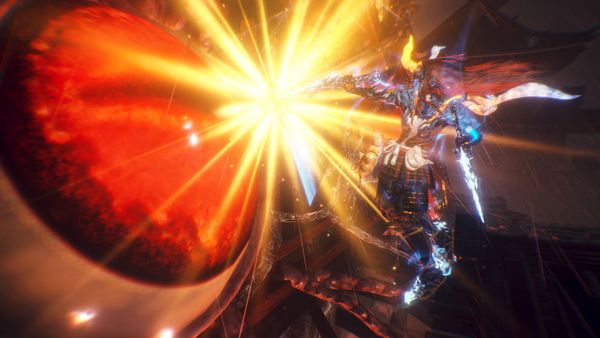 Getting to the finale

Going with the flow