Space Brothers was recommended to me by my friend, who had suggested this among many other anime. He told me it is the story of two brothers who wanted to become astronauts, the younger of which already becomes one, while the older has just started working towards it. The anime is about their journey as they work towards become the first brothers to step on the moon together. Another thing he said was that the anime had a very good portrayal of NASA and JAXA. As always, I just added it to my watchlist and forgot about it.

Recently, I was looking for something to watch on YouTube and remembered my friend telling me that all the episodes are available there. At the time, there were only a few episodes available on YouTube. As I watched the series, I realized one thing: it was a story about pursuing your dreams.

Nanba Mutta, the older brother had just lost his job, and was looking for another without success, when his younger brother, Nanba Hibito, reminds him of a promise they made with each other when they had seen a UFO as kids. Hibito further arranges for his brother's application to be sent to JAXA for the astronaut selection exam.

The series further progresses with two parallel stories of the brothers, one preparing for the exam and the other getting ready to go to space. I loved how the two brothers contrasting ideas are shown, how despite being the more determined and serious brother, Mutta, loses hope on his dream of becoming an astronaut, whereas the lighthearted and playful Hibito is sure about it.

It is not only the brothers who are alone in their journey, but a number of other characters with them. There are the astronaut candidates, Furuya san, Sarika san, Kenji san, Fukuda san, Kitta san, who are working on a similar dream or others working for the space organizations, like Brian J, Azuma san, Hoshika san, Director Nasuda, Dr. Sharon, who are assisting the others in their journey. Each of them have their passion and a dream for which they are working towards. It seems heartening to see so many people in the journey and understanding their motivations.

As Director Nasuda rightly said, sending astronauts to space requires a strong team on the ground. The team supports the astronauts just like the smaller line supports the bigger one in the Japanese kanji for person (人).

I remembered having the dream of working for NASA. As I look back, I realize I was never determined enough. I was easily dissuaded by others after being told about the requirements. Where there is a will, there is a way and it seems that I never had the will.

A little research would have gone a long way, but I had just given up. I never had the passion of the Space Brothers. I never looked up at the sky and saw the opportunity in the stars. I always was not happy with my city, with what it lacked and that made me miss what was already there. There used to be a planetarium with a telescope less than a few km away, but I never went by myself to check out. Even when it came to space launches, watching them was just a car ride away and I never knew about it until recently. It seems like I was disconnected from reality.

I am realizing that a number of dreams I had as a kid were rooted from my love for fantasy. Little did I recognize its origins and hence, never made the effort to ground them and bring them to life. Maybe a little guidance would have gone a long way. Even the Space Brothers had help from Dr. Sharon, the local astronomer. But I guess, they were the ones who took the first step.

It is not too late now. Once I look beyond the haze and gaze upon my dream, I know what to do. Until then, I will work towards it and take a few steps at least. If I fall, I will make sure to fall forward. There is a thin line between fantasy and reality and the effort taken to cross it is enormous. Space Brothers has made me realize the value of having a dream and the struggle needed to make it a reality.

A jarring journey across the galaxy 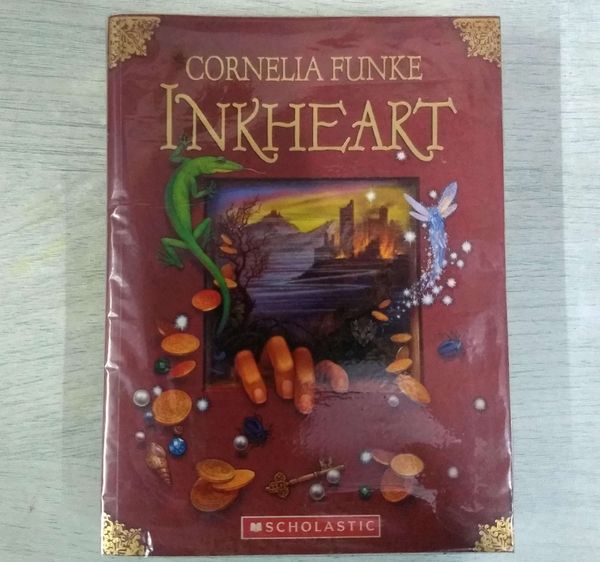 The perks of judging a book by it's cover