2021! I can't believe half a year is over already. Time passes so fast when you don't keep track of it. In this year, I found myself escaping to other worlds more than usual. Maybe it is a sign of the chaos in my life. I hope it all settles soon and there is some semblance of order restored. I have found comfort in the worlds I visit.

First and foremost, a review of my resolutions of 2021. As it goes with resolutions, once they are made, they are forgotten. Progress stagnates beyond the first few weeks. I am sad to say this was the case with me as well. I was able to make a few strides into each one, but they started taking a hit and one by one, they slipped my mind.

I was able to write almost every week when I could. I also made progress with an app idea for sharing excerpts and another one for disappearing messages. It was not all bad I can say. I also got a basic routine with early rises and cycling going on for some time (longer than I expected). But I was not able to sustain it all through the last few months.

I can say that certain events, both personal and work related, this year had influenced my progress drastically. But underlying it all, I see a tendency for procrastination and getting distracted easily. I try my hardest to stay on the top of things, but it seems like at times I am fighting against the stream and feel too overwhelmed. In despair, I give up and revert to old ways.

This year found me lost in a number of game worlds, clearing my backlog of games that I had started quite a while back.

As I already said, the year started with a dud in Ready Player Two. I have expressed my disdain for the book already. However, soon after I continued reading Christopher Paolini's To Sleep in a Sea of Stars. A spacing faring adventures of Kira across the stars, very reminiscent of The Expanse, I was happy to explore the world built by the author of Eragon.

Following To Sleep in a Sea of Stars, I started reading War and Peace. I made a promise to myself last year to read atleast one Russian novel in a year and being gifted this book on my birthday this year, it made a perfect choice for reading. However, I was pulled away from the story of Russian aristocracy by the Shadow and Bone series. Ironically, the series was also inspired by Russian aristocracy albeit in a fantasy setting.

I found myself enjoying my time in the Grishaverse, finishing the Shadow and Bone trilogy as well as the TV series. I made sure to pace myself a bit and started the Crows duology after a small gap, and was again lost in that world. This brings me to now, where I have currently started the Scars duology. Nikolai Lantsov is my favorite character of the Shadow and Bone series and I am glad to have a series with him after the events of the first trilogy.

For the first series of this year, I started watching the anime, Space Brothers. The anime follows two brothers, in the pursuit of the dream of going to space. The younger brother already makes it as an astronaut and while he prepares to be the first Japanese man on the moon, his elder brother prepares to become an astronaut. An interesting series, from which I learnt quite a bit about pursuing dreams and your passion.

Disney Plus features dominantly in my watched list with The Mandalorian, Falcon and the Winter Soldier, and Loki. Loki makes the top of my list among them with a good story (multiple timelines and parallel universes, sign me up!) and Tom Hiddleston's on par performance. A special mention goes to Slyie, who showed that there can be a better Loki than Tom Hiddleston.

I finally got around to watching Peaky Blinders and was pleasantly amazed by the series. I should not have been surprised with the presence of Cillian Murphy, but still what took me aback was the fact that the series maintains a consistency across all seasons, without any pointed low point. I delayed the watching of the finale to complete my article on the series and finally, when I did watch it, I was mind blown. I am excited for the next season, which I hear is the series finale.

Ona  low note, I would like to mention Yasuke, and Nancy Drew. Yasuke follows the story of the black samurai warrior from Nobunaga's entourage. I was excited to follow this story because of my prior knowledge of Nobunaga's story from Nioh 2. In the end I was disappointed by the pacing as in many parts it felt too rushed, without the required build up and even though the series had only 6 episodes, I couldn't bring myself to watch the last two episodes.

As for Nancy Drew, the series seems to be butchering the Carolyn Keene's novels, it is based on by introducing the supernatural and teen drama elements. I can forgive the teen drama, but the supernatural seems detrimental for the mysteries of the books. I found myself

One of the noteworthy find of this year in games was the Dishonored series. I am a big fan of stealth in games and there is no game series that has done it better in my experience. Plus I found myself being rewarded for being a Ghost and figuring out a stealthy way across the world. I was rewarded for my exploration.

On the books end, it is the discovery of the Grishaverse. I had seen the books on sale in the book fair earlier this year (back in March) and little did I know at the time that I would become a big fan of the series.

So far, what I had hoped for 2021 did not happen. The year had it's fair share of ups and downs with more downs than ups. I hope that the rest of the year will be better and that I can strive to achieve the resolutions I have set out to myself. 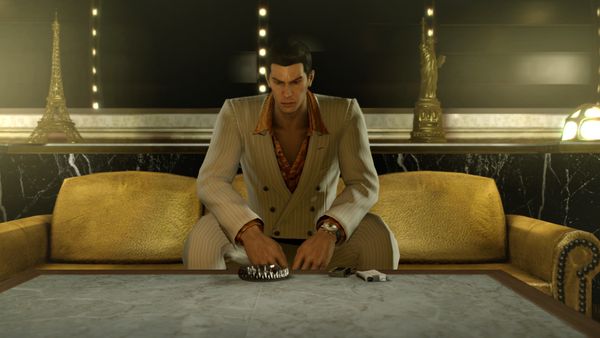 Yakuza are not all about killing. 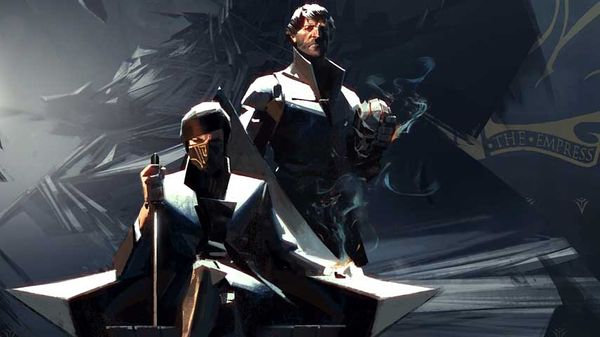